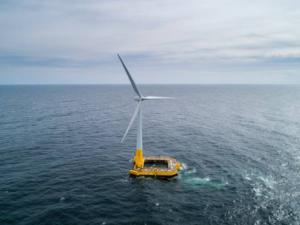 “This cooperation is the first project of a Taiwanese developer to announce its entry into floating pilot wind projects. It is also the first time that an international advanced floating key contributor has announced cooperation with Taiwan to participate in the development of floating wind projects,” Taiya Renewable Energy said.

The projects are based on BW Ideol’s Damping Pool technology, and BW Ideol has been granted the EPCI contract to design, engineer, build and install the floating foundations.

In addition to the pilot projects, the cooperation agreement also includes the joint development of several commercial-scale floating wind projects in Taiwan, which have already started the EIA process to ensure they meet the bidding schedule. The specific development content of the two cooperations will be subject to further due diligence and negotiation of the final agreements among the parties.