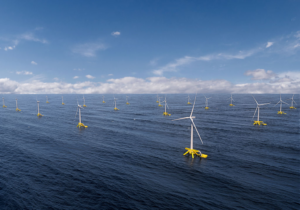 (OED) Mainstream Renewable Power and Ocean Winds said Wendesdayhave signed the seabed lease agreement with Crown Estate Scotland to the value of £36million for the development of a 1.8 GW floating offshore wind farm off Shetland.

The companies were appointed preferred bidder by Crown Estate Scotland during the ScotWind clearing process in August 2022.

“As the Norwegian word for heritage or legacy, Arven provides a link to the proud Norse history of the Shetland Islands and to the legacy which both partners plan to create on site,” Mainstream Renewable Powersaid .

“With a 50-50 ownership, both Mainstream and Ocean Winds are committed to developing floating offshore wind on an industrial scale, generating local jobs and opportunities in Scotland and the Shetland Islands. The site output has the potential to power the equivalent of over 2million homes and save 3million tonnes of carbon emissions each year,” the companies said.