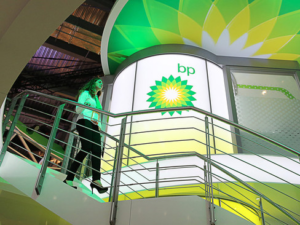 (OW) BP is advertising a new opening in its offshore wind business, this time looking for the Head of Floating Offshore Wind, who will develop and lead its global floating offshore wind team from BP’s base in the UK.

The company participated in public discussions on California’s (floating) offshore wind
BP is also exploring floating wind as a way to decarbonise oil & gas platforms
“This is an exciting senior role to be on the frontline of our floating wind strategy and methodology, as you lead development and implementation across our global wind projects”, the company says in the job posting published on 30 September.

The oil and gas major, which officially entered into offshore wind by joining two US projects at the beginning of 2021, posted around 100 job vacancies related to offshore wind in the US and the UK a few months after its entry into the market.

BP has also entered the Japanese offshore wind market this year through an agreement with the Japanese conglomerate Marubeni, with whom BP formed a strategic partnership for offshore wind and potentially other decarbonisation projects, including hydrogen.

According to Bloomberg, the first floating wind projects for BP could be in the Celtic Sea, where the UK’s Crown Estate plans to lease areas for 4 GW of floating offshore wind capacity next year. Bloomberg also reports that the company plans to triple the number of jobs in its offshore wind business unit by next year.

So far, all BP’s offshore wind projects have been bottom-fixed, including those awarded in the UK, Scotland, and the US, as well as the project proposed in the Dutch Hollandse Kust West tender.

Among the concrete floating wind activities the company engaged in so far is joining the Floating Wind Joint Industry Project (JIP), managed by the Carbon Trust, and participating in the discussions concerning the draft environmental assessment for the Humboldt Wind Energy Area (WEA) offshore California, which will house floating wind technology.

In April this year, BP also sent a letter to two California Senate’s subcommittees on the proposed USD 45 million budget for ports and feasibility studies, “requesting that the legislature increase this amount” to USD 100 million to support the development of a multi-port plan by the end of 2022 that would, in turn, support offshore wind development in the Morro Bay and Humboldt call areas and “higher capacity floating wind technologies”.

BP is not on the list of the pre-qualified participants in California’s first (floating) offshore wind lease sale. However, the final list of eligible bidders will be published in the Final Sale Notice (FSN) before the auction starts.

Looking at BP’s previous mentions of floating wind, the company said back in September 2021 that it had “stated its ambitions in floating wind auctions off Scotland and Norway”.

Speaking about BP’s plans for the oil and gas platforms of the future back in 2019, John Kennedy, engineering director for global concept development at BP, said that the company was also looking to the Norwegian sector and the plans there to power some existing platforms with electricity from floating wind turbines.

However, the Sørlige Nordsjø II (Southern North Sea II) lease area, for which the consortium announced the bid, is deemed more suitable for bottom-fixed offshore wind, while the other area to be awarded, Utsira Nord, is designated to house floating wind projects.

Still, it looks like the company is actively looking into floating wind development for oil and gas electrification, as BP’s regional president Azerbaijan-Georgia-Turkey, Gary Jones, mentioned floating wind as one of the ways to power the platforms this June at the Baku Energy Week event about decarbonisation of offshore oil and gas platforms and the economy in general.

“We are already in action in certain areas. For example, we are exploring ways to electrify our facilities. We could do it by powering our offshore platforms through the grid or floating offshore wind turbines”, Jones said.