At the time the first unit of the 25MW WindFloat Atlantic project was successfully installed offshore Portugal, Winfloat got into the news for yet another project. EDPR and Aker Solutions bought Principle Power’s stake in the KFWind project and will bring it to full commercial scale by putting the capacity up to 500MW. Assuming the MHI Vestas 9.5MW turbine to be employed this will bring the number of floaters to 53, stepping up to a promise the world has been talking about for years (and mostly still is).

When Q FWE announced the Ulsan projects in March, it set the total of each project to 200MW as allocated by the MoUs in Ulsan, so it is interesting to look at the consequences of this impressive commitment.

The Capex of the original 200MW project already included very substantial economies of scale if compared to the 3 unit Atlantic project mentioned above (some 25%). We asked Q Vision if there would still be more savings into scaling up from 200 to 500MW, considered the turbine increase from 8 to 9.5 MW and a project size 2.5 times larger. The outcome: the Capex per Unit goes up slightly because of the larger turbines on each unit but each unit produces more power and income, resulting in a drop of the LCoE and Capex per MW, appreciably.

So here we are: the first commercial floating wind project arrives at a modeled LCoE of $100.2/MWh or a Capex per MW of $3.5. Considered the conservative approach of the Q Vision model we believe the project could run well below the $100 LCoE mark. 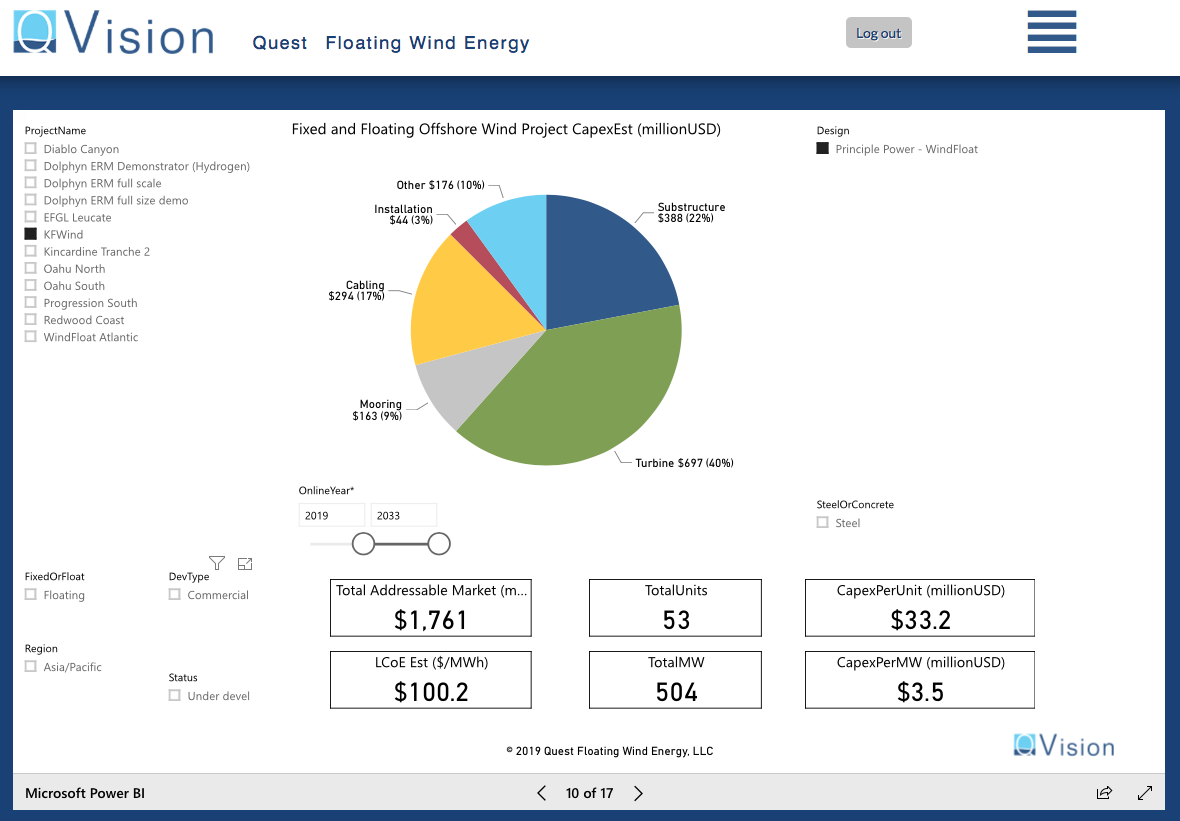