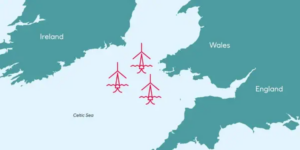 (Reuters) Norwegian oil and gas major Equinor on Monday said it was interested in developing a “gigawatt scale” floating offshore wind project off the coast of Britain in the Celtic Sea in connection with an upcoming seabed leasing round.

The project is part of Crown Estate plans to offer leases to the industry next year, Equinor said in a statement. The Estate manages the seabed and half the foreshore around England, Wales, and Northern Ireland.

Floating wind farms are more expensive to develop than turbines that are fixed to the seabed, but can be located in deeper waters.