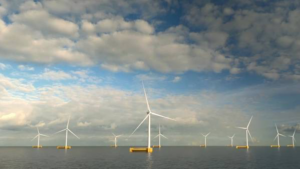 BayWa r.e. said Monday it had submitted a permit application for what it said would be the world’s first subsidy-free commercial floating offshore wind project off the Portuguese Coast.

The company officially applied to secure the rights for an exclusive use of the seabed, to develop a floating offshore wind farm with 30 turbines and up to 600 MW in total, in a dedicated zone off the coastline of Viana do Castelo.

“The project is compatible with the recently announced offshore wind tenders to be run in the future and can serve as a blueprint for the bidding projects. BayWa r.e. intends to support the creation of a global floating offshore wind supply chain in Portugal using existing local infrastructure, that the tender projects will be able to use. Furthermore, the project will be realised without any public subsidies, with a power purchase agreement (PPA),” BayWa r.e. said.

“Our project is well in line with Portugal’s ambitious offshore targets. The zone where our Floating wind farm is to be built is part of the marine spatial plan of the Portuguese government, so it already has a dedicated zone. At BayWa r.e., we are excited to not only drive forward the energy transition with this project, but also to bring socio-economic benefits such as new jobs and local infrastructure to the community in Viana do Castelo,” said Lorenzo Palombi, Global Director Wind Projects at BayWa r.e.

BayWa r.e. has the rights to develop the 960 MW Buchan offshore project off the northeast coast of Scotland, and it also pre-qualified for two floating offshore wind tenders in France, including a 250 MW project in Southern Brittany, as well as another two projects with a total capacity of 500 MW in the Mediterranean Sea.