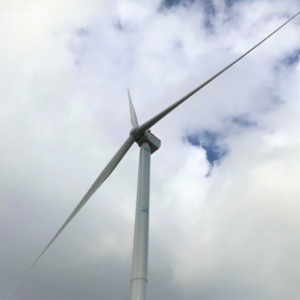 (Forbes) Siemens Gamesa has started to install a new generation of more powerful machines for onshore wind energy in Brazil, in an important step to increase its competitiveness in a key market for the manufacturer and position itself for the development of the country’s offshore wind market, according to a company executive.

Brazil will be the first country in the world to operate Siemens Gamesa wind turbines with 6.2 MW (megawatts) of nominal power and a rotor of 170 meters – the largest available in the world – in onshore wind generation.

The first machines, produced in Bahia, are being installed at AES Brasil’s Tucano (BA) wind farm.

Siemens Gamesa, which until a few years ago manufactured 3.5 MW wind turbines, has seen interest in the market for the new model and already has supply contracts signed with Essentia, owned by Pátria, and Engie Brasil, Felipe Ferrés told Reuters. , managing director of Siemens Gamesa in Brazil.

“It is becoming a key machine for the whole world… The first orders came either to Brazil or to the Nordic countries. Today we already have a series of contracts in addition to these two regions, in southern Europe, and some negotiations in Africa,” said Ferrés.

According to the executive, the model has attracted the attention of large wind energy investors – since it optimizes the parks by making them more powerful with fewer machines – and, in the future, it could even be applied in “small” offshore projects.

“We have a big advantage in that regard, having already gone to such a big machine for land, but thinking that it is also applicable offshore”

He points out, however, that offshore parks tend to be much larger than onshore ones, so that the volume of orders would have to grow in a proportional scale to make local production viable.

“Today, the new (offshore) contracts in Europe, in the US, are 14 MW machines. For you to manufacture this in Brazil, we are talking about blocks of 3 to 4 GW in one shot. That is, everything that is installed onshore in a year, has to be a single project to enable local manufacturing”.

Ferrés said he still has no doubts that the offshore wind market will develop in Brazil, but he understands that the speed of this process is directly linked to the development of green hydrogen production.

“Thinking only about the expansion of wind power just to meet the electricity market, we are in a ‘plateau’ of 4 GW installed per year for the entire industry, there is not much prospect of change… Now, when we start producing green hydrogen to meet global demand of energy, the scale multiplies, and you have to go offshore… This (offshore) market taking place in Brazil, Siemens Gamesa will be present.”

Green hydrogen is produced in an electrolyser that consumes exclusively renewable energy, which can be generated by wind generators, for example. The fuel has the potential to fight climate change. In addition to the expectation of being used in vehicles of the future, there are also applications in the food and other industries.

Siemens Gamesa has its Camaçari (BA) wind turbine factory “full until the end of 2023, 2024 and does not see major challenges to meet customer demand in the coming years,” said the manufacturer’s general director.

“What I do today is with one shift, I could potentially work with three shifts. In other words, triple my capacity without increasing physical space, just with adjustments, training.”

According to him, despite the demand for new orders, Siemens Gamesa and other manufacturers have suffered from the breakdown of production chains around the world, due to pressures associated with the Covid-19 pandemic, and rising costs with raw materials.

In the case of Brazil, the main impact has been on costs, he said, as the Brazilian wind industry is not very dependent on imports.

He reckons that prices for raw materials such as steel are unlikely to cool down anytime soon, as the war in Ukraine and its aftermath are likely to continue putting pressure on commodities for some time to come.