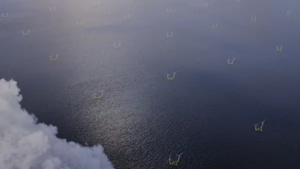 “Hexicon Korea thereby sells off its 40 percent stake in the project, receiving a payment of an undisclosed amount,” Hexicon Korea said.

“The signed agreement concerns the continued development and operations of the Yeonggwang Project, an up to 1,200 MW floating offshore wind project. The undisclosed buyer, a major energy company, will own 100 percent of the project and assume financial ownership going forward. This reinforces Hexicon’s business model as an early-stage developer,” Hexicon Korea said.

Hexicon Korea identified and started developing the project in 2020 and has since advanced the site with appropriate approvals from Korean authorities, assessments, surveys, and corresponding activities. The project has received approval for “occupancy or use permit of public water” and is now ready for the next phase of development.

“As an early-stage developer of floating offshore wind projects, this is a clear example of what our business model looks like in practice. We build a profound value for a site, making it ready for long-term investors to take over at any given time. This is exactly what we have managed to do in this case, reaching yet another milestone in Hexicon’s journey”, says Marcus Thor, CEO of Hexicon.