EDPR and Principle Power announced to develop a floating wind project up to 150 MW some 35 kilometers off the North California coast. This is good news for the whole of the Floating Wind Energy industry.

It is evident that a giant like Statoil is accustomed to long-term financial commitment required for offshore project developments. At the time of announcing Empire Wind, it said the next US project would be announced within a year.

The EDPR/PPI news is encouraging as it shows that relatively smaller companies with the right technical and commercial partners also claim a right to the initiative. PPI recently found Aker Solutions on their side, assuring them of the required project capabilities going into commercialization. EDPR and PPI are also involved in the pre-commercial floating wind project off the French south coast that undoubtedly will provide valuable feedback for their US project. The project consortium forms a public/private partnership with community based energy provider Redwood Coast Energy Authority (RCEA).

The project announcement is also good news for the US industry providing opportunities for an experienced supply chain, a portion of which hails from the deepwater oil & gas arena. 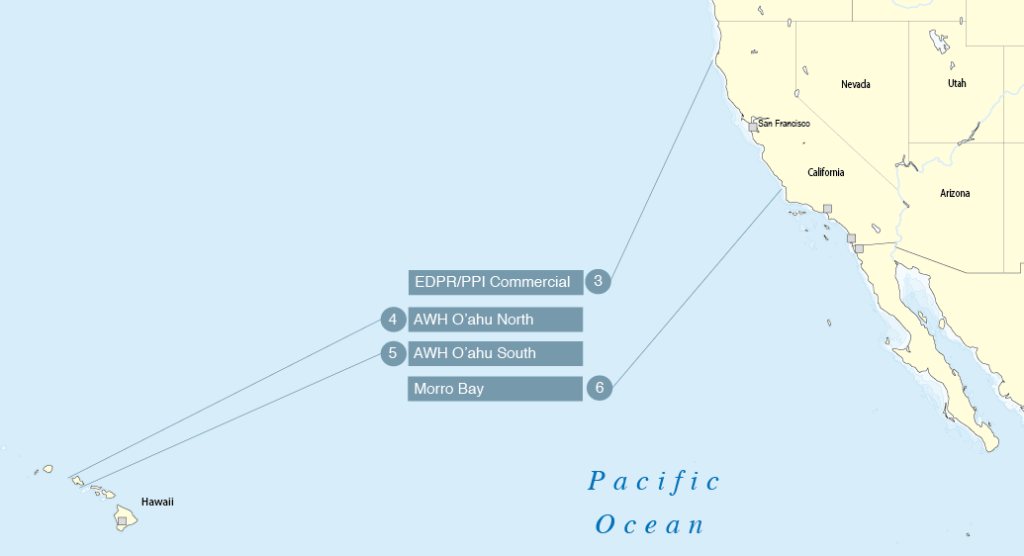