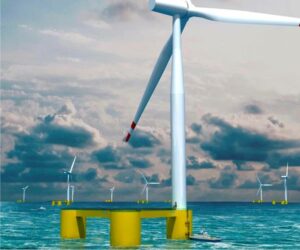 The Nao Victoria floating wind farm was named after the ship of the Magellan-Elcano expedition that completed the first circumnavigation of the Earth in the 16th century.

The wind farm will stretch across a 310-sq-km area in the Alboran Sea in the western Mediterranean. It will be located 25 km to 40 km off the coasts of Cadiz and Malaga and will comprise 55 floating offshore wind turbines with a combined capacity.

Implementation of the project, in collaboration with the ports of the two cities, should lead to the creation of thousands of jobs, many for the development and construction phase of the wind farm, the remainder related to the subsequent operation and maintenance of the wind turbines.

IberBlue Wind has sent its Initial Project Document to Spain’s Ministry for Ecological Transition and the Demographic Challenge.

The company is a joint venture between Irish developer Simply Blue Group, Proes Consultores, the engineering division of the Amper Group, and FF NEV, a developer of renewable projects on the peninsula.